1969
“A small cadre of true believers,” led by founder Marge Holzgang, and Midge Renton, Bill Ford, and Phil Nelson circulate a petition to approve a community college in Grants Pass.

1970
Voters of Josephine County approve the college on 84 acres of donated property on Redwood Highway in Grants Pass. 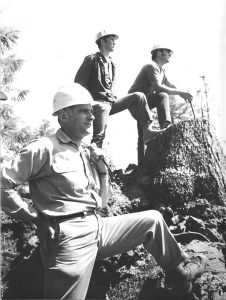 1997
Grand opening of the Riverside Campus in Medford. 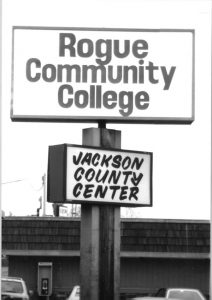 2015
RCC purchases a building next door to Table Rock Campus for the purpose of opening the High Technology Center.

2016
Voters of the RCC district approve a $20 million bond for upgrades of facilities and the construction of new buildings on all three campuses.

2021
The College will celebrate 50 years of service to the community.